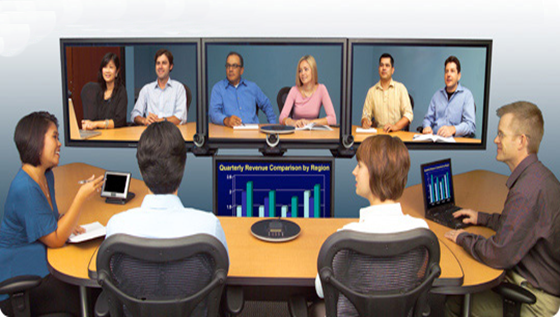 Video Conferencing is the conduct of a videoconference (also known as a video conference or video teleconference) by a set of telecommunication technologies which allow two or more locations to communicate by simultaneous two-way video and audio transmissions. It has also been called 'visual collaboration' and is a type of groupware.

Video Conferencing differs from videophone calls in that it's designed to serve a conference or multiple locations rather than individuals. It is an intermediate form of video telephony, first used commercially in Germany during the late-1930s and later in the United States during the early 1970s as part of AT&T's development of Picture phone technology.